Jahquille Ross was one of LEF’s first two scholarship recipients – receiving his scholarship award in 2010.  After graduating from New Orleans’ Edna Karr High School as the salutatorian of his class, Jahquille enrolled at Tuskegee University, in Tuskegee, Alabama, with plans to pursue a degree in Elementary Education.  Since arriving at Tuskegee, Jahquille has worked nonstop not only to chase his education and career goals, but also to become a leader within his new community.  During his freshman and sophomore years, he has served as a student orientation leader, volunteered as a Student Intern with the Macon County School District, and has held various officer positions in Tuskegee’s Louisiana Club, Student Alabama Education Association, and Student Government Association.  He will return to campus in the Fall as President of the university’s chapter of the NAACP.  Jahquille has accomplished all of this while maintaining a 3.914 grade point average.  He’s a fixture on the Dean’s List and is now a member of the Alpha Kappa Mu Honor Society.  He’s well on his way to graduating in 2014 – with a degree in Elementary Education. 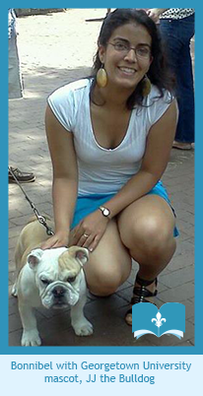 LEF wishes Jahquille continued success in all his future endeavors and has proudly renewed his scholarship award for the 2012-2013 school year.  We thank all of our friends and donors for supporting students like Jahquille! 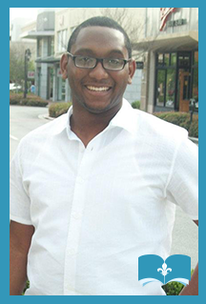 Bonnibel Rosario received an LEF scholarship award in 2011, days before graduating as valedictorian of her class at Edna Karr High School.  Soon after, she enrolled at Georgetown University, in Washington, DC.  While handling a full course-load and maintaining at least a B+ GPA during each semester of her freshman and sophomore years, Bonni has also participated in numerous community-oriented extracurricular activities, including: serving as the Political Awareness Chair of MECHA De Georgetown – an on-campus organization that focuses on social issues affecting the Latino community; teaching English to low-income communities in DC through her work as a Coordinator for the DC Schools Parent Tutor Program;  providing mentoring through Georgetown’s Center for Multicultural Equity and Access and its Scholarship Mentoring programs; and volunteering at a local women’s center.  Bonnibel plans to study abroad in Brazil this Summer, and she eventually hopes to continue working in the international community through an organization like the Peace Corps, the Jesuit Volunteer Corps, or USAID.

LEF could not be more proud of Bonni and we wish her continued success as she continues to pursue her education goals.  Needless to say, we are happy to again renew her scholarship award for the 2013-2014 school year.  We thank all of our supporters for allowing us to share some “lagniappe” with deserving students like Bonnibel!